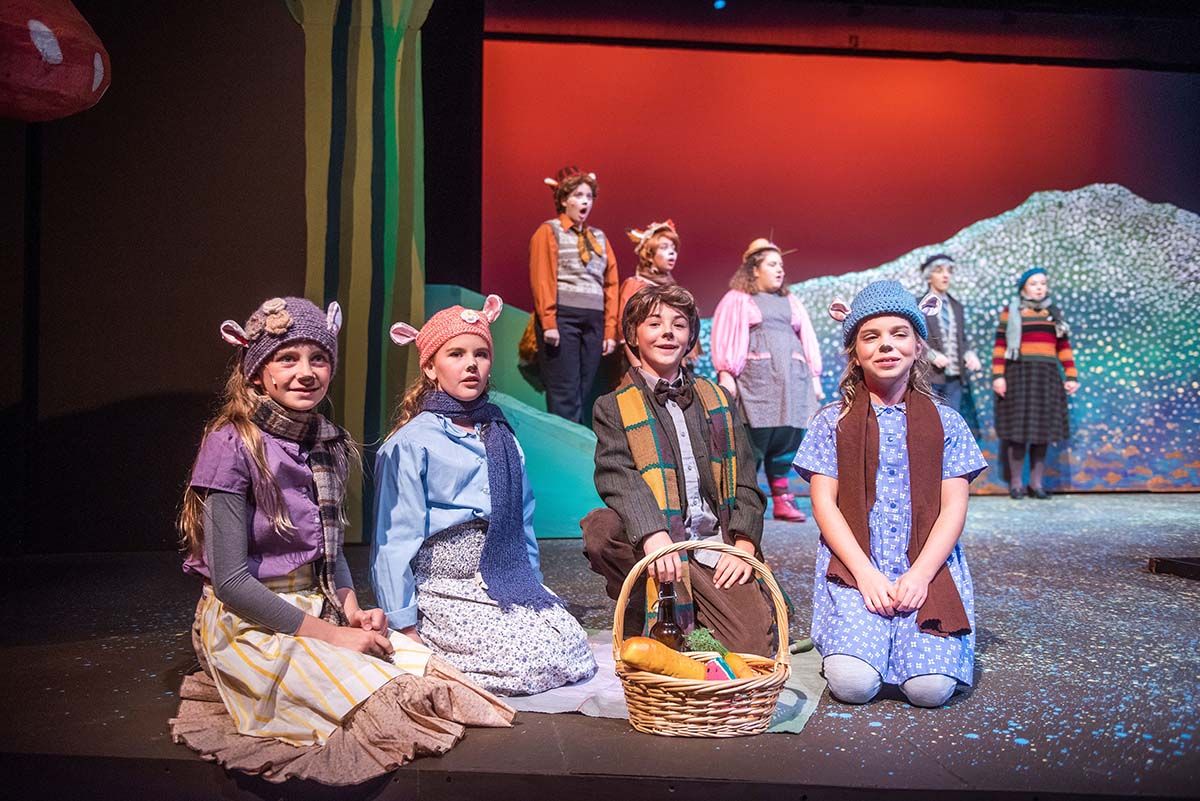 Twelve Santa Catalina Lower and Middle School students got to be part of the cast of the Upper School's fall musical, The Wind in the Willows. The production, staged October 19-26, marked the new musical's North American premiere.

Based on an early 1900s children's book, The Wind in the Willows follows a year in the life of a group of animals in the English countryside. The Lower School students, who ranged from PreK-Grade 5, were audience favorites as hedgehogs and mice. They all got several chances to be on stage. The two hedgehogs were in a humorous number about crossing the road, and the mice spent lots of time at the burrow of one of the main characters. According to one local reviewer, "The field mice charmed and warmed the hearts of the audience with their small but clear voices."

In addition to current students, the cast featured many Lower and Middle School graduates, including: Maddie Mizgorski '21, '17 LS as Mr. Toad, the central character whose pursuit of the next fastest thing keeps getting him into trouble; Mackenzie Roth '19, '15 LS as Rat, one of Toad's friends who tries to help him; and Bella Borgomini '21, '17 LS as Chief Weasel, the leader of a gang of villainous woodland creatures.

Congratulations to our young thespians on such a wonderful show!

See photos from The Wind in the Willows on SmugMug.