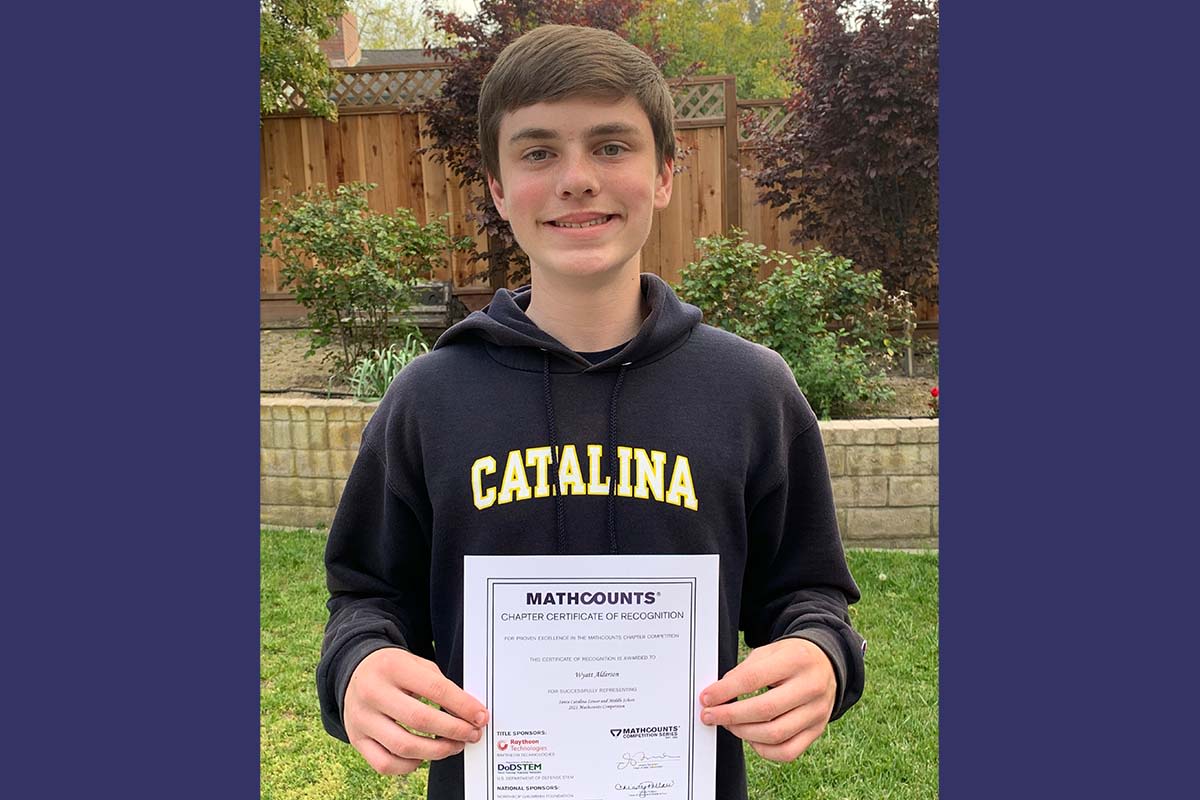 Wyatt, a seventh-grader at Santa Catalina Lower and Middle School, competed at the state level in the Mathcounts Competition Series.

Mathcounts is a national middle school mathematics competition that builds problem-solving skills and fosters achievement through four levels of fun, in-person, spelling bee-style contests. In response to COVID-19, there were more contests this year and they were held online.

Although the journey ends there, it has been with great pride to have Wyatt represent Santa Catalina this past school year. Congratulations, Wyatt!

'I have an idea': 3rd grader upgrades assembly

Naksh came up with a way to incorporate Catalina's compass into Friday morning gatherings.

Students have their questions answered by astronauts

First- and fifth-grader ask about spotting the space station and growing plants in space.