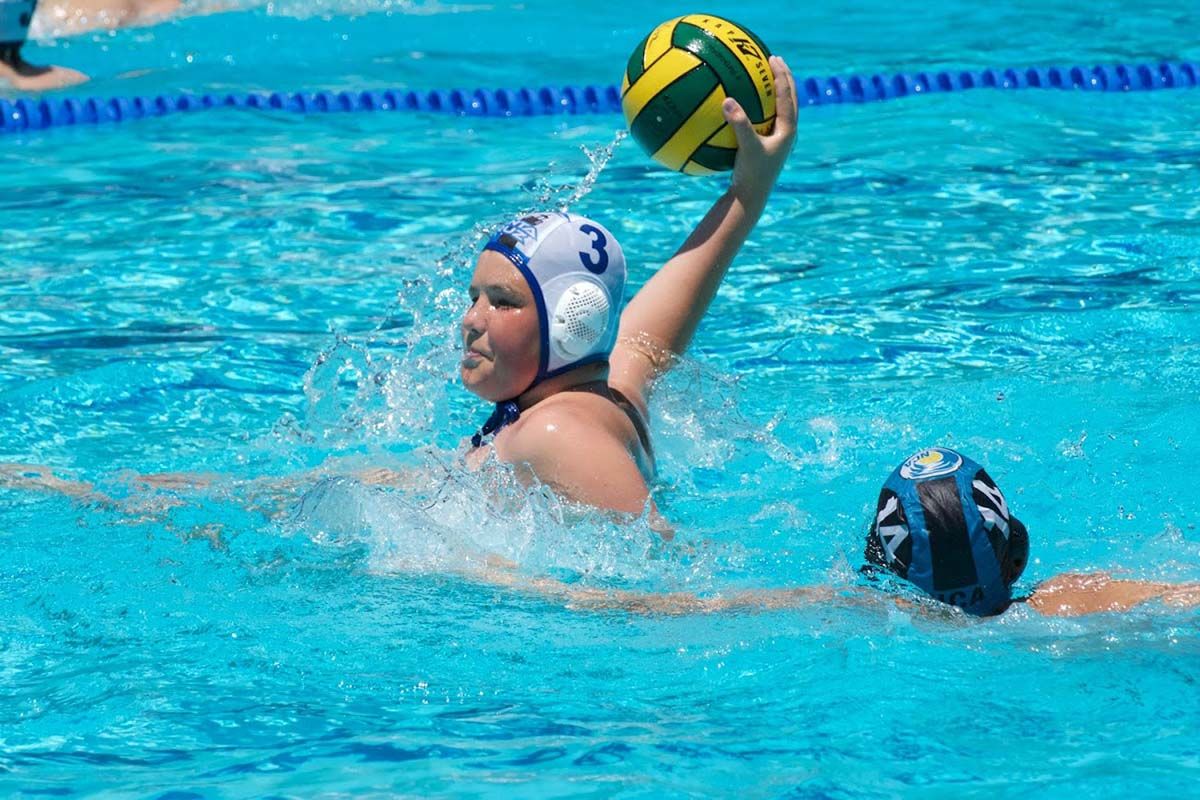 Santa Catalina Lower and Middle School eighth-grader Wyley Dale has been selected to participate in USA Water Polo's 2019 National Team Selection Camp—marking him as one of the top athletes in the U.S. for his age group.

The camp, held in April in Los Angeles, is part of USA Water Polo's Olympic Development Program, which trains young athletes for possible participation on national teams that compete in events in the U.S. and abroad.

Wyley started playing water polo when he was about 5 years old. His parents signed him up for Legacy Water Polo Club's Splashball program, which his mom described as "t-ball for water polo." Legacy, a water polo club for the Monterey Peninsula, has used Santa Catalina's pool since 2011. The convenience was a selling point for the family, as both Wyley and his older brother, Jasper, were students at Catalina. "It was nice for them to be in their own backyard," said their mom, Tricia Markusen.

Wyley continued to play with Legacy—where one of his coaches was Allie Loomis '14—until about three years ago, when he shifted north to the Santa Cruz Water Polo Club. That coach nominated him for a spot in a camp at the Olympic training center in Colorado Springs in December. From there, through a series of camps and competitions, Wyley has steadily made his way up the chain to the National Team Selection Camp. If all goes well, he would be selected for the Development Team for those born in 2005 or later.

"It feels really good accomplishing something that you have been working so hard to achieve," said Wyley, who was also part of Catalina's championship volleyball team.

Wyley said he's been supported along the way by his family—including Jasper, whom he will join at Stevenson next year, and little sister Arielle, a sixth-grader at Catalina—Cougar coach Jim Morton, and his good friend, classmate Charlie Conner. "Charlie and I played together at my first big water polo tournament, and since then he has always pushed me to do better."

As part of his selection to the national camp, Wyley is fundraising for USA Water Polo's Olympic Development Program. It's a chance for him to give back to a sport that he loves.

"What I like best about water polo is all the friends and people I meet playing the game," he said. "You meet people at camps or at games, and you will most likely see them again to say hi. It's also really fun to have that strong competitive feeling in the water, wanting to get better all the time."