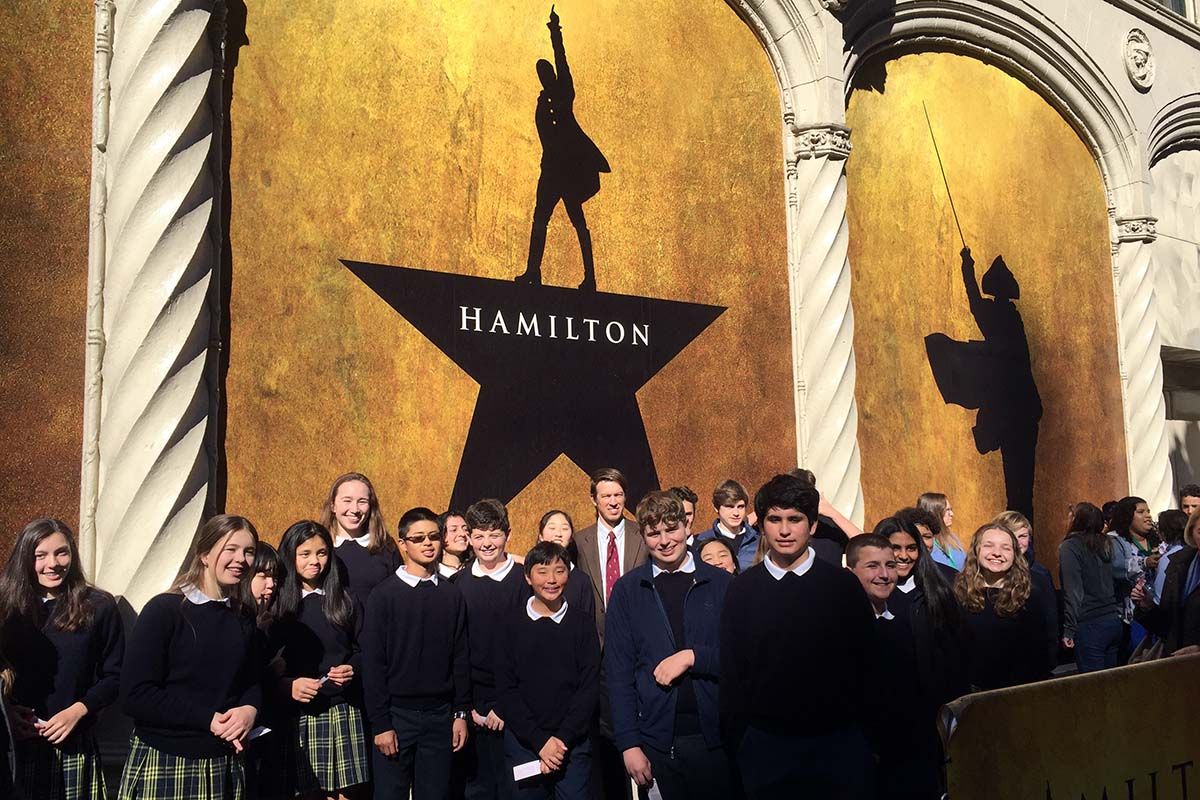 This incredible experience was made possible by the Dan and Lilian King Foundation, which paid for every eighth-grader in Monterey County to see the Tony Award-winning musical at the Orpheum Theatre in San Francisco. On February 5, Santa Catalina students were part of the last group to see the show this school year.

The foundation's mission is to advance learning of the U.S. Constitution. Santa Catalina students have been studying that period of history.

"We haven't extensively studied Hamilton's life, but he has been an important figure in our class for over two months," said history and English teacher Aaron Ziegler. "I have played several songs from the musical that made explicit references to issues we were studying, such as his political rivalry with Thomas Jefferson, his extraordinary ascension from orphaned immigrant to Secretary of Treasury, his involvement in the Battle of Yorktown, and his overall views on American governance.

"The musical really fits so nicely into the curriculum by creatively expressing these very complex and important moments in this country."

Good news for next year's eighth-graders: The King Foundation has snapped up another 9,000 tickets to do it again at the beginning of next school year.