It was a 'doozy': Grades 4 and 5 compete in spelling bee 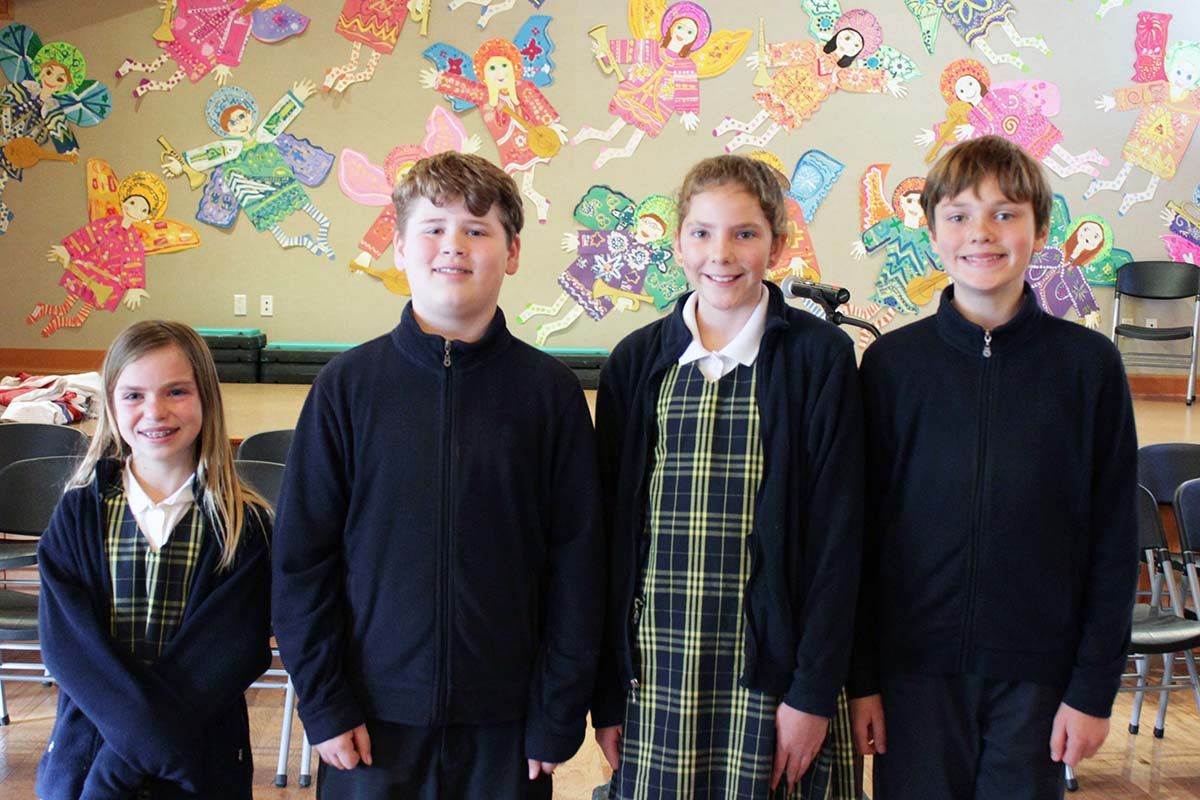 The spelling bee for Santa Catalina fourth- and fifth-graders was a real "page-turner." Some words were a "no-brainer," while others required more "bandwidth." And after a "jaw-dropping" conclusion, one student could have used some "Kleenex" for her tears of joy.

Twenty-one students competed in the school bee after getting high scores on a couple of in-class spelling tests. They were vying for spots in the countywide competition.

The first round featured a list of words they had been given beforehand; after that, words came from the so-called unseen list. Words included "Juneau," "kung fu," "ad-libbing," "ufology," "zombielike," "giddyup," "doozy," and "tinkerer."

Making it to the final two, fifth-graders Wyatt Alderson and Grace Henrard went head-to-head for several rounds. Wyatt clinched first place when Grace misspelled "feint" and he correctly spelled "urchin." The next two finishers, Tucker Green (Grade 5) and Paige Pritchard (Grade 4), duked it out for first and second alternate.

Once each of the winners' places was cemented, their classmates burst into a standing ovation, seemingly overwhelming Paige, who burst into tears and claimed, "I'm happy!" Then, in a twist, fourth-grade teacher Michele Morton announced that Grace would not be able to attend the county competition because she is going on a family trip. That means Tucker, as the first alternate, would take her place.

The county spelling bee, hosted by the Lyceum of Monterey County, begins at 9:30 a.m. February 23 at San Benancio Middle School.