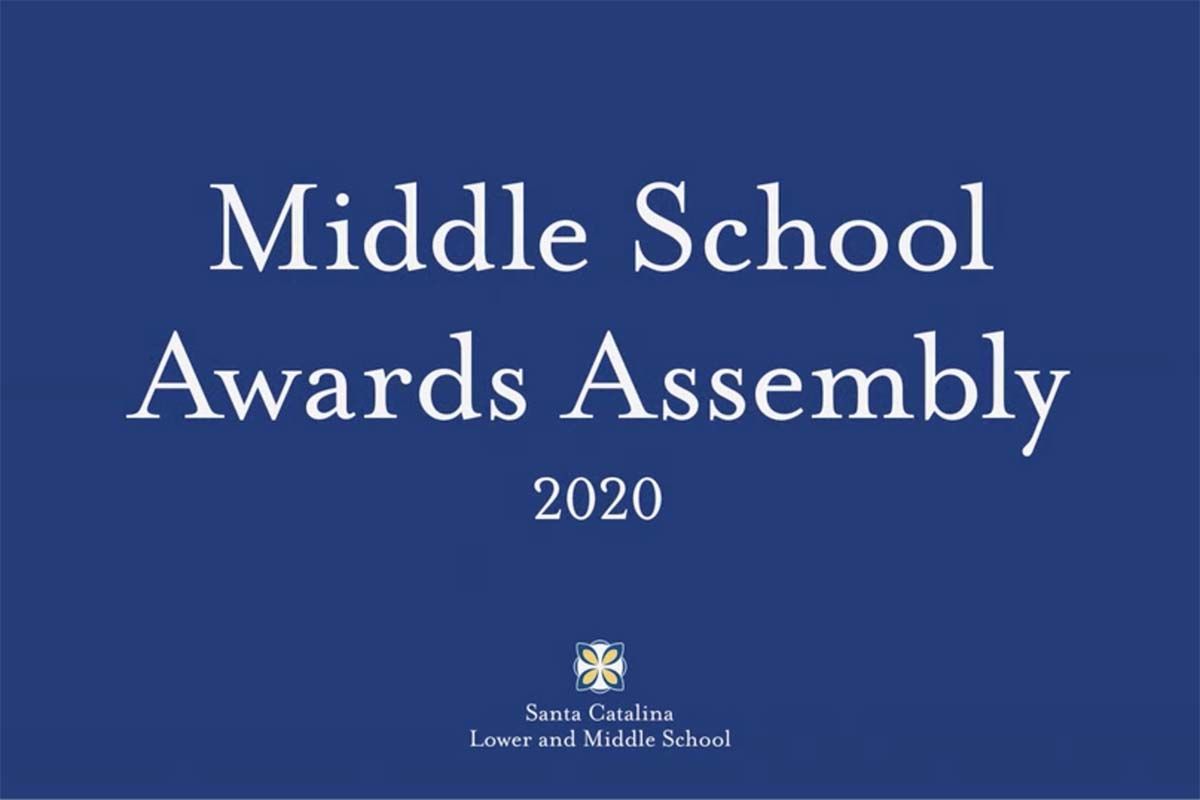 Santa Catalina Middle School students were honored for their academic achievements and upstanding character during an end-of-year Awards Assembly on June 4.

But this year, instead of an in-person ceremony, the awards were announced via video as teachers read off the names of winners and highlighted the qualities that led to their recognition.

"To say that we are proud of you seems inadequate, but know that we are proud," said Head of Lower and Middle School Christy Pollacci. "That is as true today in these most challenging times as it has ever been. Your resilience during these unforeseen challenges has been remarkable."

Eighth-grade Compass Awards were presented to:

Finally, Catalina Awards were presented to the following eighth-graders:

Congratulations to all award recipients!

Students back on campus after Lower School gets approval from state and county officials.

Halloween spirit strong, at school or at home

Costumes galore as PreK-Grade 2 go on parade and Middle School students do the monster mash.

Students play key role in virtual Blessing of the Animals

Beloved tradition continues as first- and second-graders get to sprinkle holy water on their pets.

First-graders take teachers home with them

Small Bitmoji cutouts let students know that their teachers are always nearby, even if they can't be together in person.