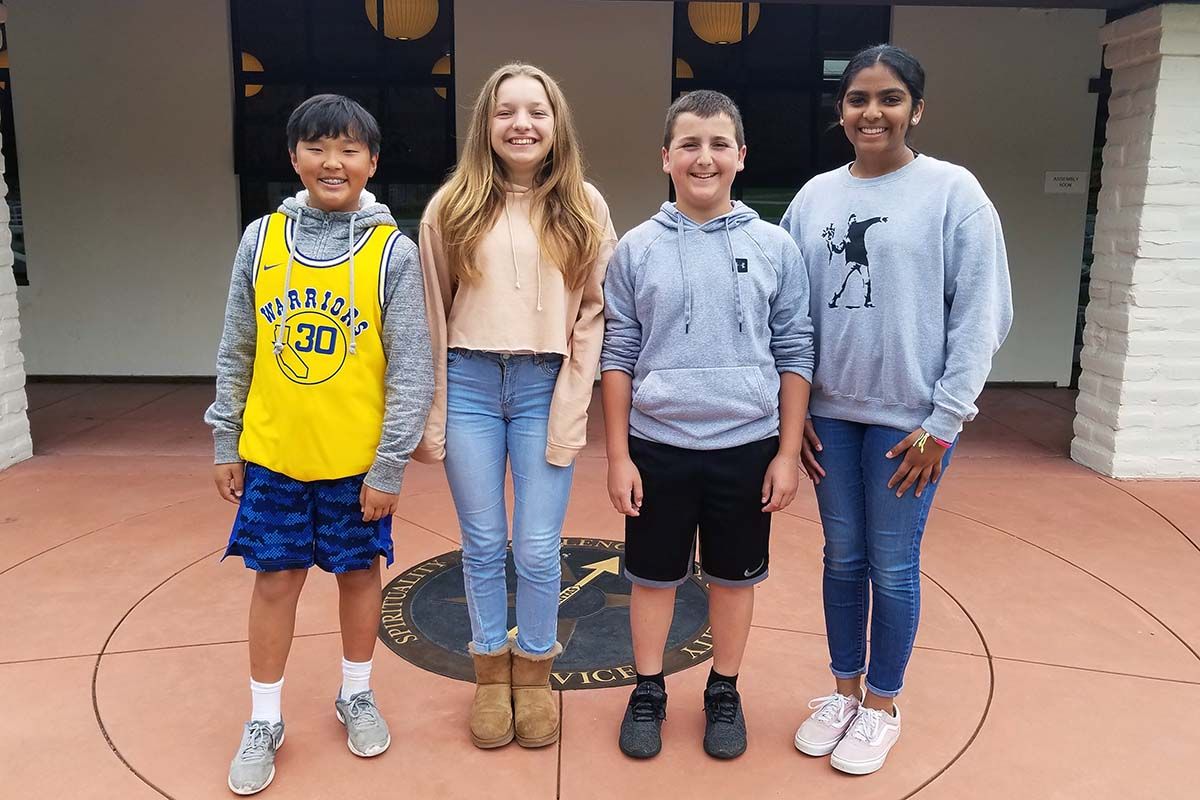 Senate officers for the 2019-20 school year led their first assembly on June 4.

Domenic Borgomini (president), Hope Eyraud (vice president), Naiya Patel (secretary), and Eugene Kim (treasurer) were elected from a field of seven candidates. The students hung campaign posters and gave election speeches in hopes of getting the vote. Ballots were cast by rising fifth- through eighth-graders.

At the assembly, the new student body leaders thanked their predecessors and presented them with gifts. 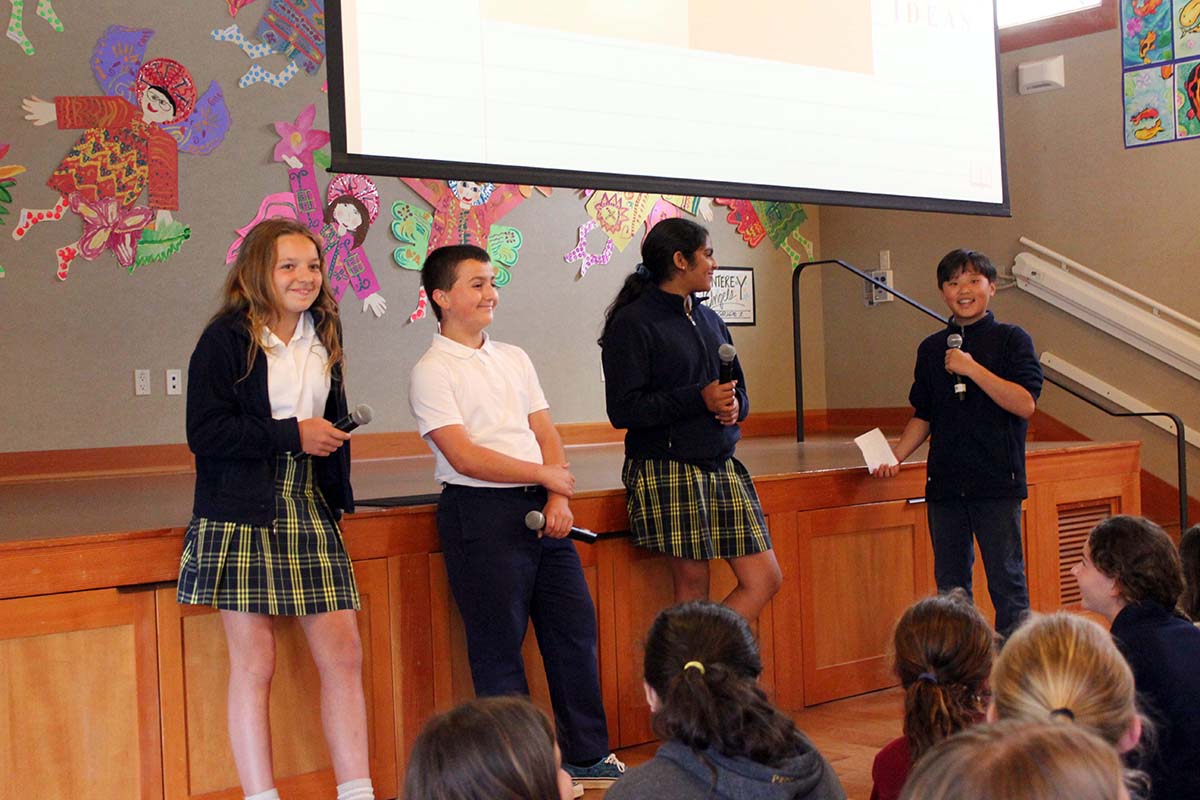 Mrs. Pollacci to students: 'We are proud."

Pieces of students' own poems collected into a single piece called "In School Days."

The works encompass a variety of media and themes, all informed by lessons in art history.