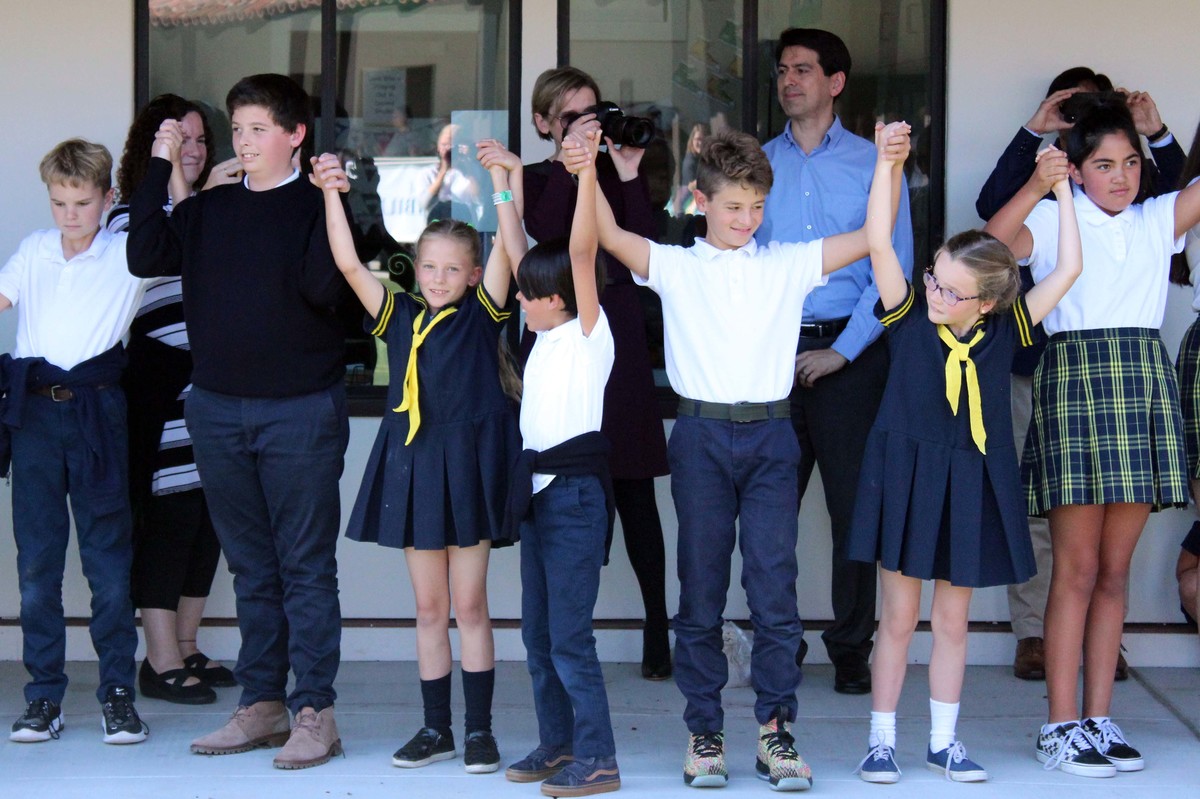 About 50 Santa Catalina Lower and Middle School students were welcomed into their new Compass houses during a sorting ceremony on October 24.

As part of the Compass character development program, students are placed into one of four houses named after the pillars of Catalina's mission: Excellence, Spirituality, Responsibility, and Service. Each year, new students and teachers, as well as the entire kindergarten class, are sorted into one of the houses. This year, the House of PreK received a new name: the House of Kindness.

For each house, eighth-graders read off the names of new members and introduced them to the leaders of their Compass circles, smaller groups within the house. The ceremony concluded with everyone joining hands in a giant circle and raising their arms in a wave as the Lion King song "Circle of Life" played through the speakers. Afterward, the Compass circles—made up of students from a mix of grades—spread out across campus to play getting-to-know-you games.

Watch a video of the Compass Sorting ceremony below, or check out photos on SmugMug.

Meg talks about her path to Catalina and how the school stays true to its mission in changing times.

Read the latest issue of Santa Catalina's magazine, the 'Bulletin'

Distance learning reflections, campus news, and a profile of an alum working in science.

Mrs. Pollacci to students: 'We are proud."

Pieces of students' own poems collected into a single piece called "In School Days."