Alumnae in the Arts 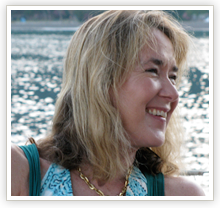 Leslie Cockburn is a producer, director, and writer who has covered some of the most intriguing and dangerous stories of our time.

Her documentary film career began at CBS Reports in 1980, and the following year, she won an Emmy and Writers Guild of America award for codirecting and writing The Nuclear Battlefield on tactical nuclear weapons in Europe. She went on to direct a groundbreaking film on the tobacco lobby and several films, including Inside the Cartels and The War We Left Behind, for PBS Frontline. In 1990, she directed and produced Peter Jennings'Reporting From the Killing Fields on the return of the Khmer Rouge in Cambodia. The film won the Robert F. Kennedy Award, George Polk Award, duPont–Columbia Award, and the Overseas Press Club Award.

In 1997, Leslie coproduced The Peacemaker starring George Clooney and Nicole Kidman. Since then, she has produced and directed dozens of segments for 60 Minutes in Afghanistan, Colombia, Iraq, Pakistan, Russia, and Zimbabwe. In 2000, she won an Emmy and duPont–Columbia Award for a story on radical fundamentalist groups in Pakistan, including her hidden-camera footage of the leaders of Lashkar-e-Taiba.

Her feature documentary, American Casino , on the financial meltdown in the United States, was released in 2009. She began work on the film in January 2008, when she and her husband and coproducer, Andrew, recognized the signs of a potentially devastating financial collapse.

Leslie has written two books and coauthored two others on foreign affairs, including Looking for Trouble: One Woman, Six Wars and a Revolution . With Andrew, she has written several pieces for Vanity Fair, including stories in Baghdad, where she dined with Saddam Hussein’s sons, and in Beijing, where she and Andrew went ballroom dancing with the children of the senior cadres.

After graduating from Santa Catalina, Leslie earned a bachelor's degree from Yale University and a master's from the University of London. She was also a Ferris Professor of Journalism at Princeton University. She serves on several boards including the Washington Ballet and the Piedmont Environmental Council.

Leslie and Andrew now call Washington, D.C. and Ireland home. They have three children, Olivia, who plays "Thirteen" on House ; Chloe, a clerk for a federal judge in the Eastern District of New York; and Charlie, a student at Andover. 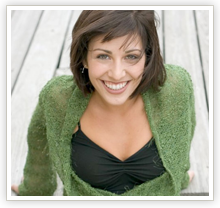 Antonette Balestreri '02 joined the touring cast of Broadway's "Wicked" in August 2008. She plays multiple singing and dancing characters and has 15 costume changes per show. The musical is based on the relationship between the Wicked Witch of the West and Glinda the Good Witch prior to Dorothy's arrival. The 2009 tour included 12 cities and 400 performances.

After graduating with valedictorian honors from Santa Catalina, Antonette earned degrees in dance and psychology from Northwestern University in Illinois. She then moved to New York to pursue her Broadway dream.

"Every night, you see 5-year-old kids in the audience, loving the show," Antonette says. "You see patrons in their 70s and 80s with the same attentiveness and response. It's amazing. I get to be a part of this story that touches them so deeply." 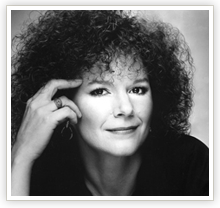 Maryedith Burrell is an award-winning actor, writer, and producer. She made a name for herself in the ABC late-night comedy series Fridays with Larry David and Michael Richard. She went on to appear in films and star in television shows including Throb, Parenthood , and The Jackie Thomas Show . A frequent guest star in the '80s and '90s, she is remembered for her recurring roles on Seinfeld and Home Improvement .

Maryedith's writing and producing credits include more than 22 films, documentaries, and teleplays. Her most recent work includes Mr. St. Nick for Kelsey Grammer/ABC, Dating Hell for Imagine/Universal, and NYC Inside Out, a documentary series for Discovery Channel. Currently, she is writing and executive producing a biography of Emily Post for Sony Pictures.

As both a performer and director, Maryedith has mounted opera for the stage and worked with such notable improv companies as Second City, The Groundlings, and War Babies. She currently lives in Asheville, N.C. 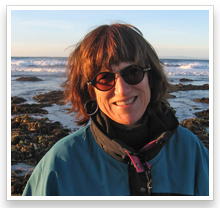 Marie Cantin is a motion picture producer with a range of experience on studio and independent productions. She produced the Sundance Audience Award-winning film The Waterdance , as well as the festival award-winning independent features Days of Wrath and The Book of Stars .

As a producer, Marie's projects include Masked and Anonymous starring Bob Dylan, Save the Last Dance , Things to Do in Denver When You’re Dead , Big Fat Liar , A Night at the Roxbury , Heart Condition , and the film version of the Broadway play Torch Song Trilogy . She has also worked as a production manager on a number of projects including Michael Mann’s Collateral and Roger Donaldson’s Dante’s Peak . Marie’s television work includes the John Wells series Smith and the KCET series Trying Times.

After graduating from Santa Catalina, she earned a degree in sociology from University of California, Santa Cruz, and an MFA in film production at UCLA. She is an elected representative and 2nd Vice Chair of the Directors Guild of America Western UPM/AD Council. She is also a member of Producers Guild of America, National Academy of Recording Arts and Sciences, Women in Film, and Film Independent and serves on the advisory board of Project: Involve. She is also a guest speaker and leads film production workshops around the world. 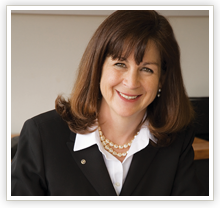 Pamela Anderson-Brulé is a founder and president of Anderson Brulé Architects, an architectural firm in downtown San José, Calif. Over the last 28 years, the majority of her work has been dedicated to public architecture. She has gained recognition for undertaking complex planning and building projects, and her postgraduate studies in business management have augmented her strong belief in team-building and expectation development. Driven to create buildings that reflect the character, culture, and passion of each community, Pamela believes that the final product must support the user, both emotionally and physically.