Santa Catalina School welcomed three new members to the faculty and staff for the 2021-22 school year. Learn more about them below.

Marissa Bruno ’16, Administrative Assistant to the Head of School
Ms. Bruno holds B.A. in business administration, with a concentration in management and leadership and human resources management, from Portland State University, where she also earned an M.S. in educational leadership and policy. A standout softball player at Catalina, she continued to play for five seasons at Portland State. She loves walking along the Lovers Point bike path with her family, going to spin class, and visiting one of her favorite places, South Lake Tahoe.

Sofia Chandler, Director of Health and Wellness
Ms. Chandler holds a B.S. in kinesiology in exercise science from CSU Sacramento and an M.S. in kinesiology in integrative wellness from Point Loma Nazarene University. Prior to Catalina, she worked for St. HOPE Public Schools in Sacramento. Born in Argentina, she grew up in Ventura, California, and was an academic all-American soccer player at Ventura College before transferring as a student athlete to Sacramento State. She loves doing anything outdoors—especially hiking, running, and camping—and enjoys cooking, drawing, and other art projects. Although she’s the happy owner of two cats, she never passes up an opportunity to play with dogs. She will teach Introduction to Health and Wellness to the freshmen in the spring.

Phil Wenzel, Chemistry Teacher
Dr. Wenzel, a native of San Jose, California, has been engaged in research and teaching since his senior year in high school, when he served as a student/scientist at NASA's Ames Research Center. He matriculated at UC San Diego, competing on the intercollegiate crew team while obtaining a B.S. in biochemistry. His M.S. in biochemistry is from Brandeis University, where he enjoyed getting to know the city of Boston. A three-year stint at Iolani School on Oahu instilled a love of teaching at independent schools. Dr. Wenzel spent over 10 years associated with the chemistry department at UC Santa Cruz, where he obtained a Ph.D. in physical organic chemistry. His collaboration with five different groups in that department led to many publications. As a scientific research SCUBA diver, field research has taken him to Vanuatu, Fiji, and Monterey’s Breakwater Cove. Dr. Wenzel is also an avid cyclist, having ridden across California on two occasions, competed in triathlon, and completed the Honolulu Marathon three times. He lives with his wife and their dog Cookie.

Share to FacebookShare to TwitterShare to LinkedInShare to PinterestShare to EmailPrint this page
RSS Feeds Subscribe to Alerts
PHOTOS: First week of school filled with happiness, enthusiasm

From Move-In Day to beach games and the start of classes, Catalina students are thrilled to be back on campus.

They join us in the Head of School's office, the health and wellness program, and the chemistry classroom. 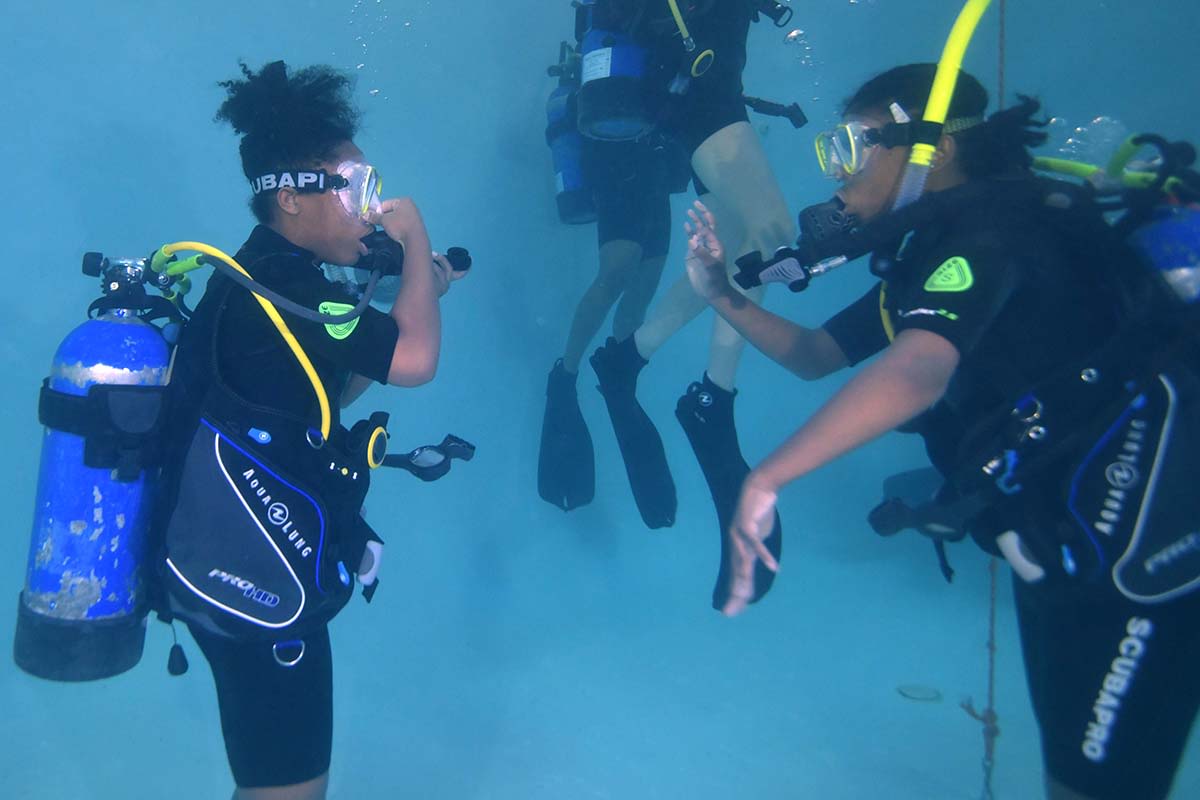