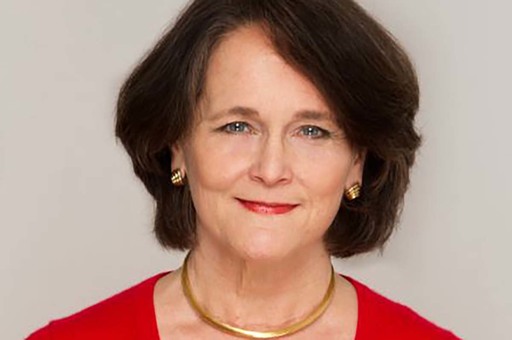 Katharine Lewis '67 went to Yale because she wanted to study history. That she would be a part of history ... well, that was circumstance.

Lewis, a boarding student from Bakersfield who started at Santa Catalina in her junior year, was a member of the first class of women to graduate from Yale College, a previously all-male Ivy League institution that went coed for the first time in 1969. Lewis transferred as a junior from Stanford, one of about 570 women who set foot on campus as undergraduates that fall.

As part of a yearlong celebration of the 50th anniversary of coeducation, which kicked off with a special gathering September 18-22, Yale has been sharing stories of these first women graduates. Women who fought for a varsity sports program; women who encountered uncomfortable or skeptical treatment in classes; women who suddenly felt free to work toward careers.

Lewis has been following along with some perplexity. "I went to Yale because I really wanted to experience a more academic environment," she said. "I was kind of oblivious to the coed stuff."

Still, it was the coed stuff that caught her attention in the first place. As part of an economics class she took at Stanford, she had to subscribe to the Wall Street Journal. One day during a lecture that wasn't holding her attention, she scanned the front page and noticed an article about Yale going coed, with different women explaining why they were applying. Lewis was already thinking about transferring to UC Berkeley, but this fifth-generation Californian went back to her dorm and thought, Why not give an Eastern school a shot?

"I remember getting really excited," Lewis said. "I went up to Berkeley to my grandparents' house, and we got the atlas out and figured out how far away the college was from New York and Boston. I got very serious about it."

According to Yale, about 4,000 women applied that first year. It was one of the first Ivy League schools to admit women as undergraduates, and the administration anticipated them walking into a hostile environment where they would be outnumbered by men 7-to-1. That atmosphere factored into their admission decisions. "We were looking for a human being that we thought could take some punishment," Sam Chauncey, one of the administrators in charge of implementing coeducation at Yale, told the alumni magazine.

Enter Lewis, who not only was accepted, but received a generous scholarship that made it possible to attend. So, two suitcases in hand, she headed out to New Haven, Connecticut. Lewis was housed in one of 12 residential colleges, mini living communities with their own administration, courtyard, and dining hall. She lived with about 12 other transfer students, who took up four floors in the college's entryway. The freshmen women all lived together in one residential college, but the transfers were scattered across campus, and largely kept to their own little clusters. The effect was that an already small class of women felt smaller. Lewis jokes that her reunions are really "unions" because she is always meeting women from her class for the first time.

Despite some level of isolation, Lewis loved her new environment, which delivered on the academic rigor she had sought since graduating from Santa Catalina. "The courses I took at Catalina were better than the ones I took at Stanford," she said. "Catalina is where I learned to think and write really well, and to really stretch myself."

Yale's dining hall, where professors and students mixed freely over meals or drinks, became one of Lewis' favorite spots. She kept work study jobs, including for a top professor in her field of study, medieval history. As part of her college's honors program, she attended monthly dinners where her fellow seniors presented their theses (and where she defended her own). She also served as the representative for her residential college on an advisory committee that met regularly to discuss coed issues from that first year.

Of all the history-making moments in her time at Yale, perhaps the most dramatic had nothing to do with women. Lewis was on campus for the famous May Day rally of 1970, when up to 30,000 people descended on New Haven to protest the trial of a Black Panther leader. "Unlike most students, who left for the weekend, I stayed and helped serve food to the protestors," she said. "I was inadvertently tear-gassed during one of the confrontations."

Lewis graduated from Yale summa cum laude with a degree in history, then went on to earn her JD and MBA, with distinction, from Harvard University (the second woman to graduate from that combined program). She moved back to San Francisco with her husband, where she worked as a management consultant commuting to New York and Washington, D.C. She practiced law for a few years, and then spent the past 30-plus years in nonprofit consulting and education; she helped set up the San Francisco Day School and has served as a trustee for numerous schools. She is currently a senior consultant with mbaMission, where she helps aspiring business school applicants.

Though some of the women reflecting on their first year at Yale have shared stories of discrimination, Lewis said if she ever felt any pushback, it was in her professional life—and even then, she did not give those moments much weight. "I think if you just act normally and let the force of your character and personality operate, usually it's fine," she said. "The worst thing is to act as if you're expecting to be treated differently. ... It never dawned on me that I couldn't do what I wanted to do."

Lewis said she feels fortunate to have had the opportunity to attend Yale, thanks to the financial assistance she received. "Education is a phenomenal tool of empowerment," she said. And while she may have been oblivious to the hoopla over coeducation, she is able to appreciate her little moment in time. "It was fun to be part of this historic moment."

A version of this article first appeared in the Monterey Herald.