'A Christmas Carol' takes Catalina theatre into the unknown

As the saying goes, "The show must go on." For the Santa Catalina School theatre program, that means even if the show can't be live.

With everyone in distance learning this year, Theatre Department Chair Lara Wheeler Devlin '02 and her students pivoted from the stage to the screen. On December 11, they presented A Christmas Carol: A Radio Play, pre-recorded and shared over Zoom to an audience of nearly 300.

The play told the familiar tale of Dickens' mean and stingy Ebenezer Scrooge (Cheryl Mendoza '21). Scrooge refused a Christmas dinner invitation from his nephew, Fred (MK Barlow '21); turned away charity workers raising money for the poor; and bullied his clerk, Bob Cratchit (Maddie Mizgorski '21). The spirit of Jacob Marley (Abby Davis '21) made his visit and ushered in the Ghosts of Christmas Past (Maddie Elkin '21), Present (Jenna Tarallo '22), and Christmas Yet to Come. Narrators filled in the action between scenes.

The original concept for the virtual play was to do a live reading on Zoom. But the 21 cast and 10 crew members wanted to go further. The actors, most of whom took on multiple roles, recorded their parts separately from home in front of a green screen. The tech crew found virtual backgrounds—shop and home interiors, snowy Victorian-era streetscapes—as well as sound effects such as rattling chains, doors opening and closing, and horse hooves on cobblestones. With assistance from the crew, Technical Director Ana Maximoff edited it all together into a 1 hour, 22 minute movie. She had never done anything like it before. "We all learned as we went, with a sense of humor and no expectations," she said.

Some extra flourishes gave the show a true feel of a radio drama. The play was presented by "KSCS Radio," complete with an original logo and theme song performed by Catalina singers, who also sang a jingle for old-fashioned Pepsi ads and started and ended the show with Christmas carols.

Even though the production was made up of individual pieces, it was still very much a collaborative effort. Mrs. Devlin met with the students three times a week to talk about character and give direction. Seniors gave encouragement to the freshmen, who have yet to fully experience the theatre program. Family and friends helped record the cast and assisted with line readings. For the seniors especially, "it was really important for me to give them a creative outlet where we could still be a community," Mrs. Devlin said.

She added: "It definitely has been a unique experience."

View images from the play on SmugMug. 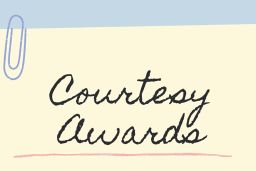 Report Card Assembly recognizes academic achievement and courtesy toward others. 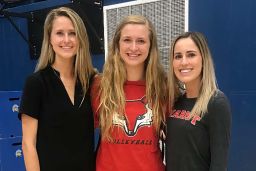 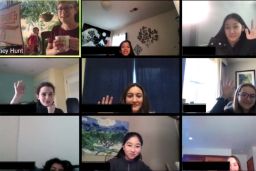 Beloved traditions like Kris Kringles and Elf on a Shelf continue at a distance.

Read the December issue of 'Lamplighter' 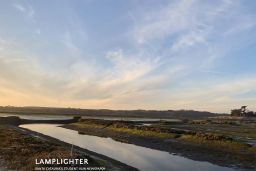 The student-run newspaper is packed with 17 articles—the largest edition yet.

'A Christmas Carol' takes Catalina theatre into the unknown 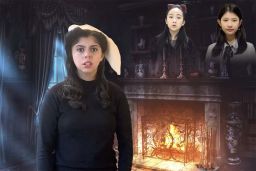 Cast and crew trade a stage for the screen in this adaptation of the Dickens classic.