Angela Hu '19 received the 2018 Outstanding Philanthropic Youth Award on National Philanthropy Day, but she wasn't able to make the ceremony. She was busy volunteering, leading a retreat for San Carlos School eighth-graders designed to help them transition to high school.

Angela received the award, which includes a $1,000 scholarship, from the Monterey Bay chapter of the Association of Fundraising Professionals. She was honored for the many causes she advocates for at Santa Catalina School.

"I always felt a calling to lend a hand to those who need it most," says Angela. "When I arrived at Catalina my freshman year, I was drawn to the Peace and Justice Club. I felt a connection to the club's mission to advocate for education, understanding, and support of impoverished people around the world."

Angela is the head of the club's Children's Fund, which promotes social development for children in need of financial support. The club raises money to sponsor eight children in five countries in an effort to help them build better lives.

She is also heavily involved in the Peace and Justice Club's major fundraising and advocacy effort, the 24-hour Food Fast. Organized through Catholic Relief Services, an international agency that provides emergency relief for those suffering from war, famine, and natural disasters, the Food Fast is designed to open students' eyes to the realities of hunger. Last year, she was a key organizer for the event, bringing students together to fast, reflect, request donations, and make food for Dorothy's Kitchen in Salinas. Thanks to her efforts to educate and get others involved, Angela helped raise over $1,000 since joining the Food Fast.

"It's important to me to share what the Food Fast has meant to me while asking others to join in the effort," she says. "The best part is educating people about world hunger and getting people to understand how they can help. A little can go a long way, and I'm grateful to be able to play a small part."

With the award, Angela is in good company. Last year, two former Santa Catalina students were recognized: Devin Ryan '10 received the Philanthropic Young Adult Award for her work as co-founder of HerStory, a service healing initiative that supports sexual assault survivors and advocates for social justice, and Matthew Gibbs '14 LS received the Philanthropic Youth Award for his efforts to feed and clothe homeless people in our community.

This year, Santa Catalina also celebrated Mike and Cori Roffler as Distinguished Honorees for their ongoing support of school, including on behalf of the Legacy Campaign for Tuition Assistance and the Family Resource Center community service program. 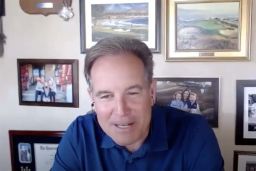 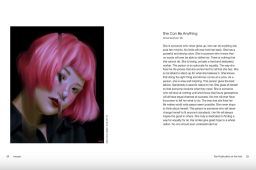 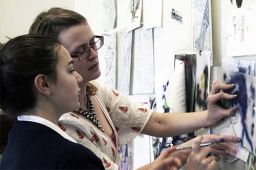 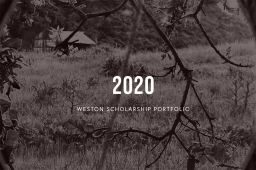