Catalina stages lively production of 'Fiddler on the Roof' 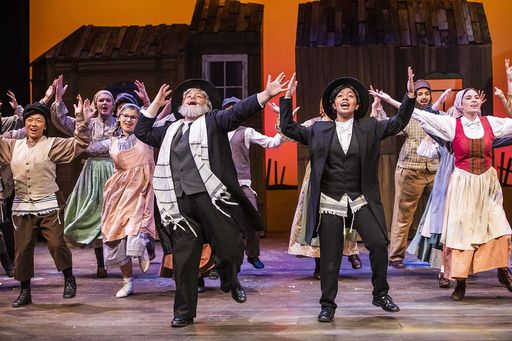 Santa Catalina, a school rich with tradition, presented Fiddler on the Roof, a musical about tradition, from October 18-25.

The lively production featured Bailey Brewer '20 as Tevye, the patriarch of a Jewish family who tries to hang on to custom in the face of progressive daughters and hostile political forces in early 1900s Russia. His convictions are tested by his three eldest daughters, each of whom seeks to reject the will of the town's matchmaker (Marissa Schimpf '22) and marry for love: Tzeitel (Hattie Keys '20), who longs to be with the poor tailor Motel (Maddie Mizgorski '21); Hodel (Samantha Scattini '21), who finds a connection with the revolutionary Perchik (Maddie Elkin '21); and Chava (Katalina Villarreal '20), who falls for the bookish Fyedka (MK Barlow '21).

From the performances to the lighting, sound, and stage design, the cast and crew expertly navigated between moments both big and small, from the quiet beauty of "Sabbath Prayer" to the black-lighted spectacle of "The Dream," in which Tevye tries to get his wife, Golde (Sophia Lamarque '21), to allow a marriage between Tzeitel and Motel.

For a musical filled with well-known songs like "Matchmaker, Matchmaker," "If I Were a Rich Man," and "Sunrise, Sunset," it was the dancing that left the biggest impression—most notably the Bottle Dance, in which each dancer masterfully balanced a bottle on her head without aid of any kind. The dance numbers are a "unique quality of the show, creating [this] sense of a long-standing tradition and sense of community," dance teacher and choreographer Nicole Cofresi told Catalina's online student newspaper, Lamplighter.

Audrey Avelino '22, who plays the rabbi's son, told Lamplighter that her favorite part of the show was the community built among cast members behind the scenes. She also spoke about what resonated with her most: "This story is just as relevant now as it was when [it was] made. It has something in it that almost everyone can relate to."

View photos from the production on SmugMug. 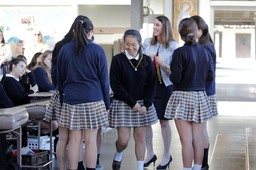 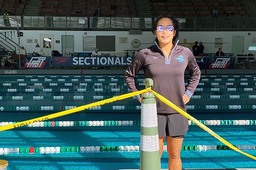 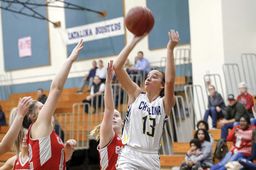 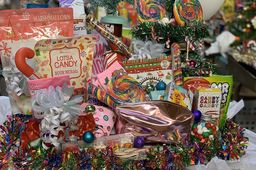 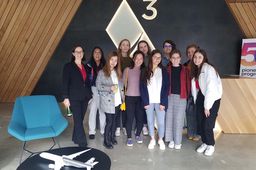