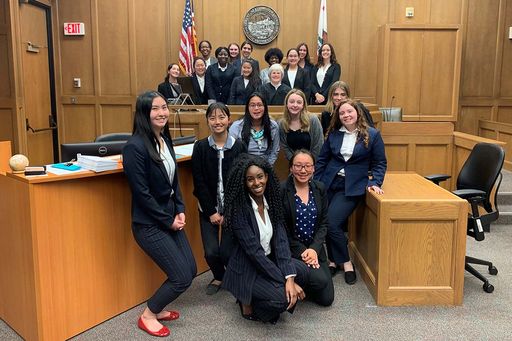 Santa Catalina made an impressive showing at this year's Monterey County Mock Trial competition, finishing in a statistical tie for third place but ultimately landing in fourth after a tiebreaker decision.

In this year's case, a young man was accused of threatening a co-worker on social media and then texting a false tip to police about a hostage situation at the co-worker's house.

Santa Catalina kept the competition close from the start. The prosecution won a tiebreaker against Gonzales in the first round, and the defense beat Alvarez in the second round. They headed into the final day of trials in second place behind perennial winner Carmel.

At the end of four rounds, Catalina was tied for third place with Palma and Alvarez. To break the tie, the Lyceum of Monterey County, which hosts the competition, compared the three teams' win/loss record with each other, resulting in Palma taking third and Catalina taking fourth. Catalina's mock trial team finished with a record of 3-1.

"Mock trial is the ideal academic challenge, an intellectual team sport which hones skills in argumentation, critical thinking, and public speaking along with the ability to respond to the opposing team in the moment," says teacher-coach Beth Jones, who praised the students for their performance and teamwork. "Students who participate in mock trial form a strong community, building on each other's strengths and supporting each other through their preparation for and performance in the competition."

Catalina's team was made up of 19 students: three freshmen, seven sophomores, four juniors, and five seniors. They were assisted this year by two attorney coaches: Kerri Riley, an assistant district attorney for the county of Monterey, and Shannon Sullivan, a public defender in Santa Cruz County and a Catalina parent.

The competition was held February 4-9 at the Monterey County Courthouse. 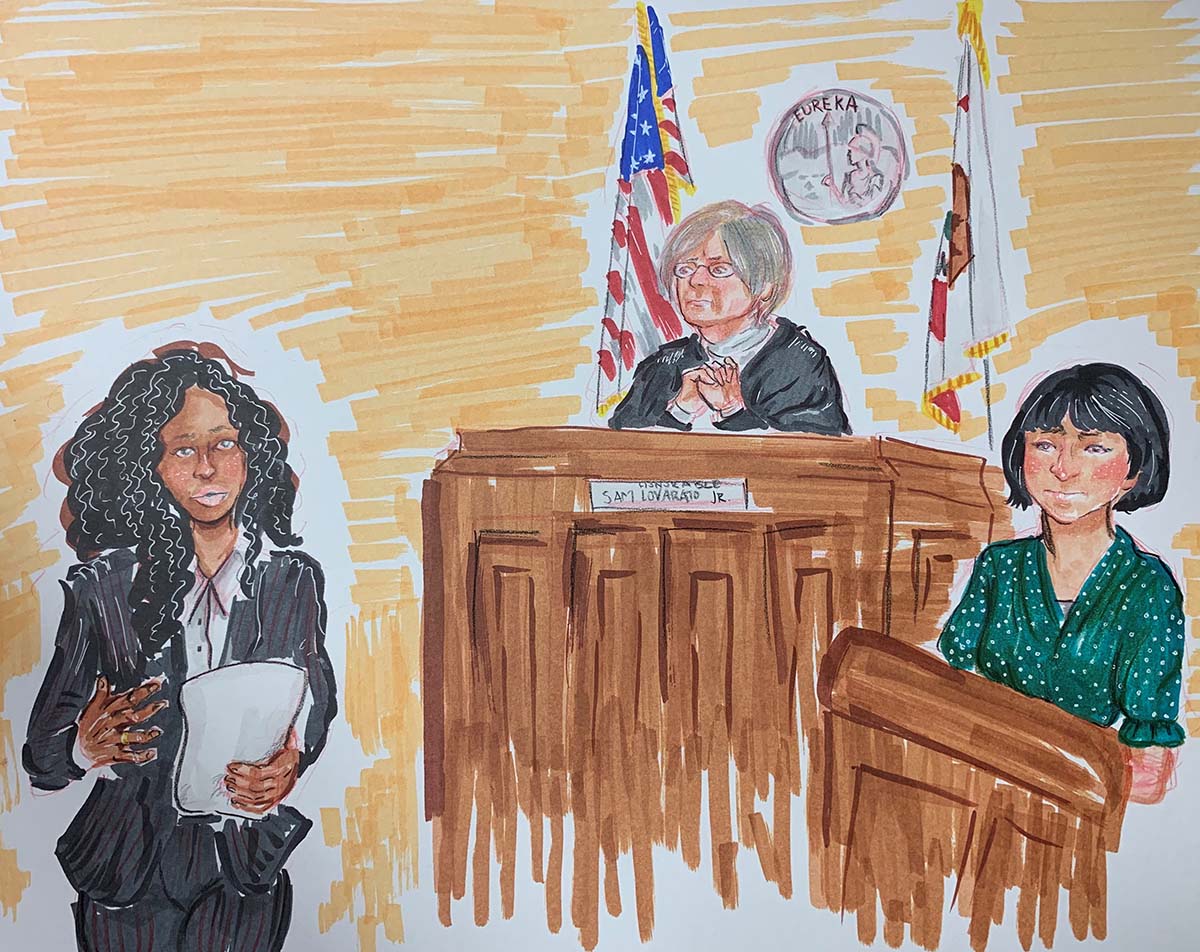 Courtroom sketch of Olivia '19 by a member of Gonzales High School's team.