TEDxSCS shrugs off darkness to present 'Chasing the Light' 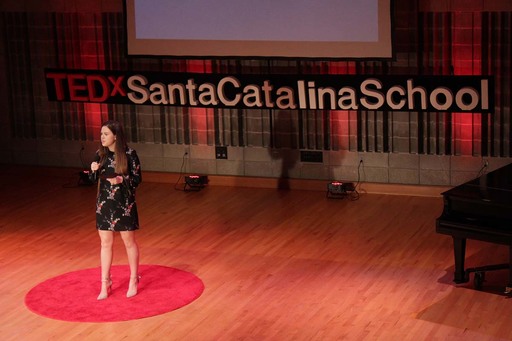 This year's TEDxSantaCatalinaSchool, "Chasing the Light," was almost doomed by darkness.

The event was scheduled to take place in February amid a particularly wet and windy winter. Another storm loomed that day, but the 30 students of the TEDxSCS club went about their preparations as normal, setting up decorations, practicing speeches, and welcoming speakers as they arrived on campus.

Then, the power cut out. If you've ever watched or attended a TED event, you know how integral electricity is to the experience, from stage lighting to microphones to PowerPoint presentations to the livestream. With the school still awash in darkness 45 minutes before start time, the decision was made to postpone the event. Speakers went home, the video team disassembled, and students were dismissed for the day.

In a cruel twist, power was restored moments later.

The setback was understandably disappointing, and it would test the team's resiliency. "Our TEDxSCS club is unique. We work relentlessly for a whole year and have many small successes, but it feels as though the only true representation of all of the hard work and the only gauge of success is how well the two-hour-long event goes," said club head Taylor Ford '20. "We know that the year preceding the event itself is impressive enough and something to be proud of, but in February, when the event never came to fruition, it was hard to keep this in mind. It felt as though we would never see the results that we worked for."

But these are Catalina girls. The team rallied around each other and remained enthusiastic about the cause. "We mourned the event for maybe a week and then immediately went back to the drawing board contacting speakers and arranging our second attempt," Ford said. "I would go so far as to say that the preparation went even better the second time around."

Version 2.0 took place on April 30 in Mary Johnson Recital Hall with all but one of the original speakers. The event also included a performance of The Beatles' "Yesterday" by Reverb, Santa Catalina's student-run music performance club, and recorded TED talks on public speaking and the design process behind a Bahá'i temple in South America.

In addressing the theme, "Chasing the Light," the speakers talked about discovery, sharing knowledge, and finding strength within oneself. Read on for brief descriptions of each of the speakers. 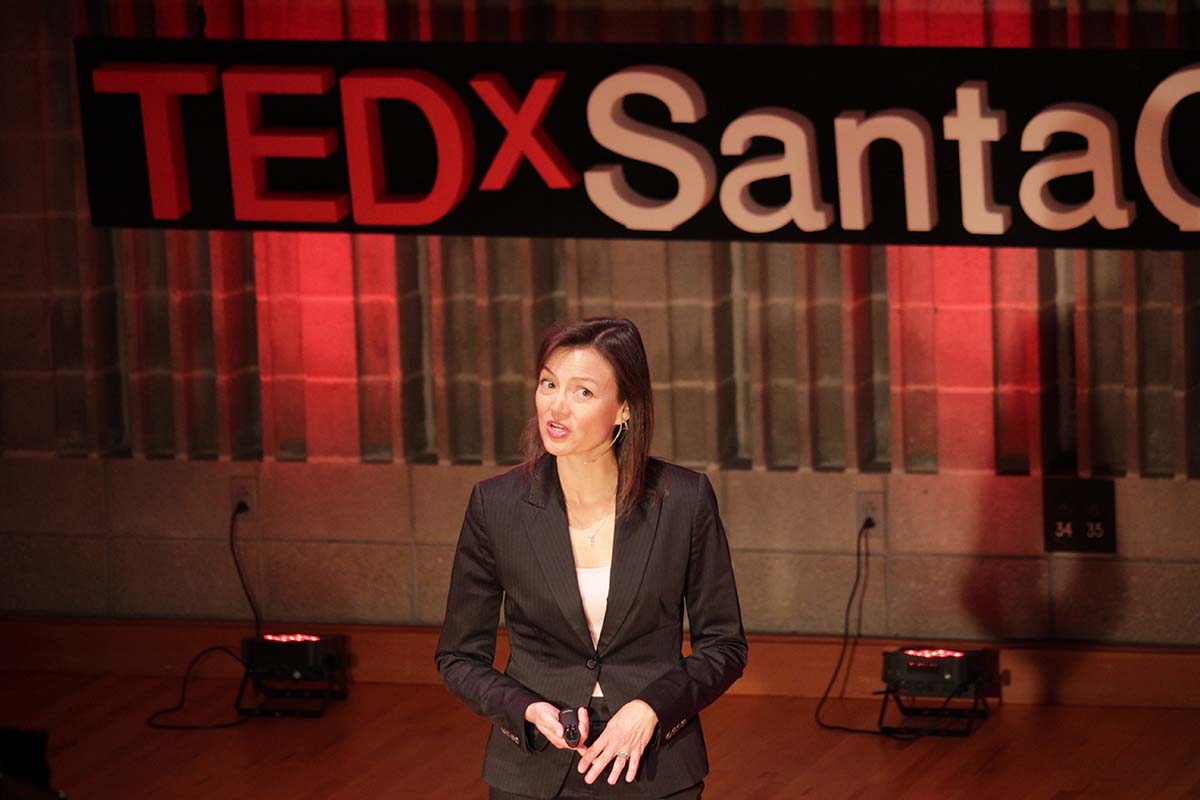 Dalal described a life-changing experience she had as a lieutenant colonel in the Air Force, when she was deployed to Afghanistan to remove a soccer ball-sized tumor from a 10-month-old boy. The success of the surgery removed any doubts that she was doing what she was meant to do. "Each person's path is not always clear, but if you chase your light you will create your way," she said.

She closed her talk with advice in the form of an acronym for light: Learn with passion, Imagine your dreams, Gratitude brings joy, Have a mentor, and Trust in yourself. 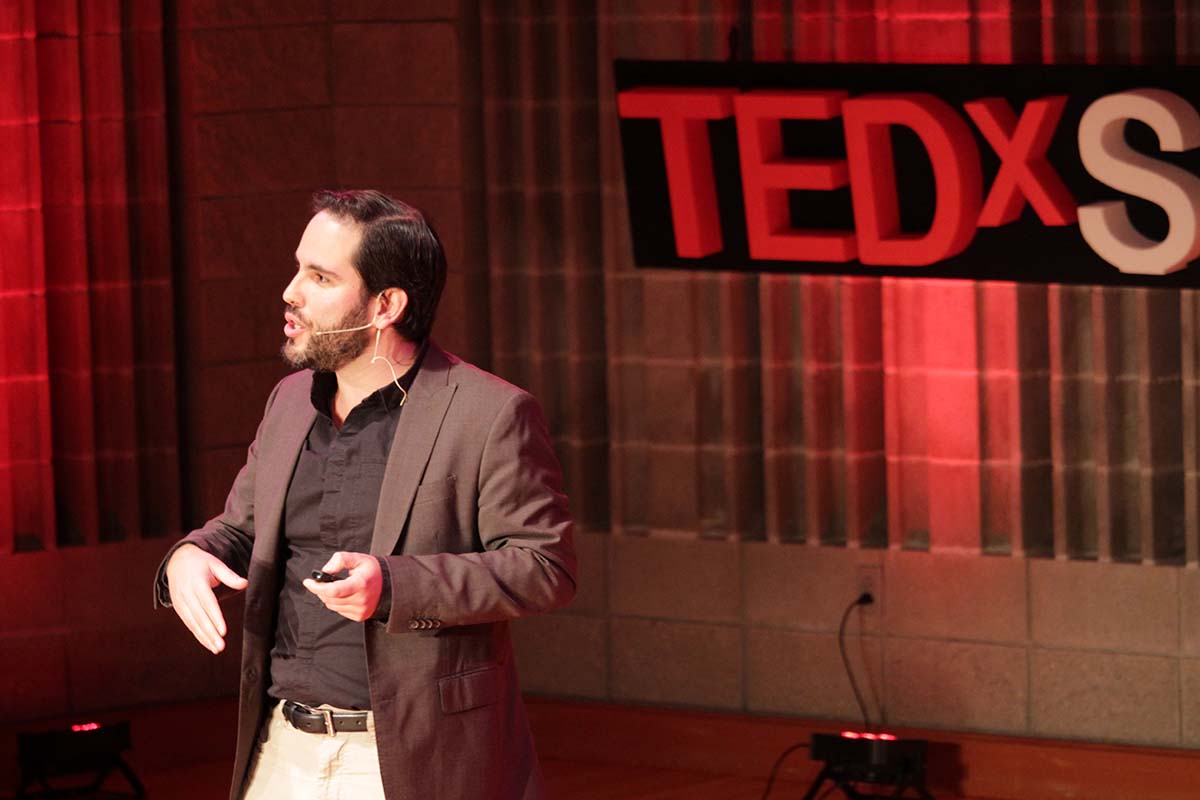 "Social CALL for Language Learning: Beyond the White Light"

Guillén is an assistant professor of Spanish at the Middlebury Institute of International Studies at Monterey. He is an active researcher and practitioner in the field of Computer Assisted Language Learning, or CALL. He talked about a program he founded, Recicle, which connects Spanish learners and English learners in Monterey County.

Guillen emphasized the need to create a community through language by engaging in conversation with native speakers and by learning languages other than those most commonly taught in schools. "Language is a social and personal transformation," he said. 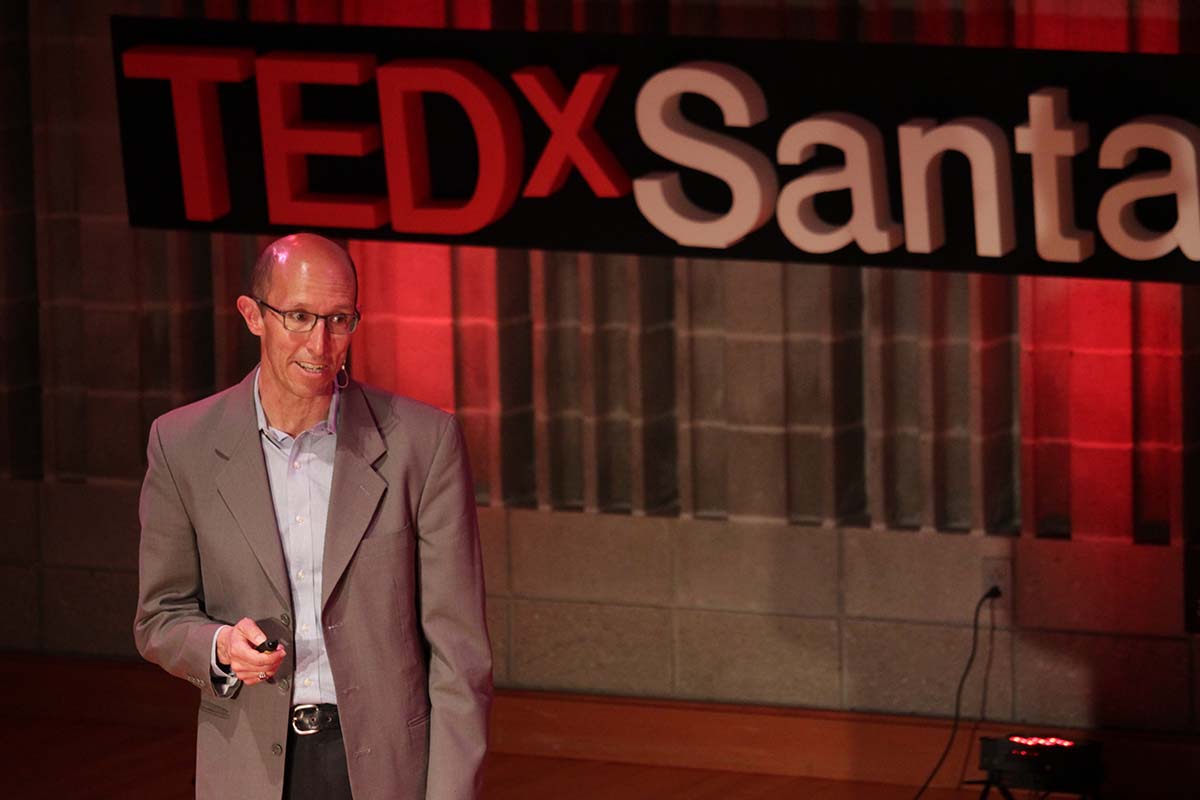 Cordero is a professor of meteorology and climate science at San Jose State University who is interested in developing new methods for teaching climate change that engage the public and ultimately stimulate social change. Toward this end, he founded an organization called Green Ninja, which provides a middle school science curriculum that inspires students to solve real-world problems.

Cordero argued that education needs to be a part of any climate change solution. For example, he shared the fact that something as simple as ordering a chicken burrito instead of a beef burrito can limit your carbon footprint by five times. The more people know, the better decisions they can make. "Education is the key to solving our climate crisis," he said. 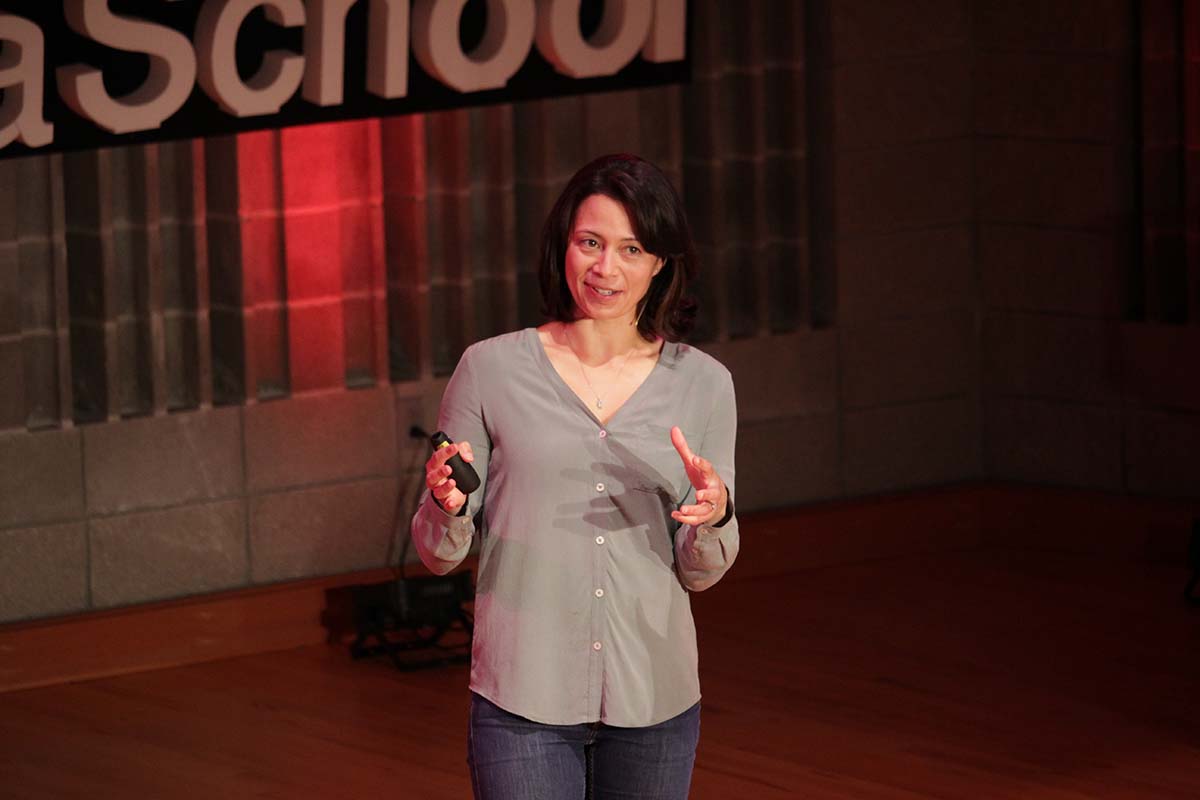 Katija is a bioengineer who heads the Bioinspiration Lab at the Monterey Bay Aquarium Research Institute. The lab's purpose is to develop technologies and techniques for studying biological and physical processes in the deep sea, using what they learn to improve methods of exploration.

Katija talked about her life's trajectory from professional figure skater to NASA scientist and finally to ocean researcher, and shared exciting advances in 3D technology that allow her and her team to get more detailed and realistic views of deep-sea structures. 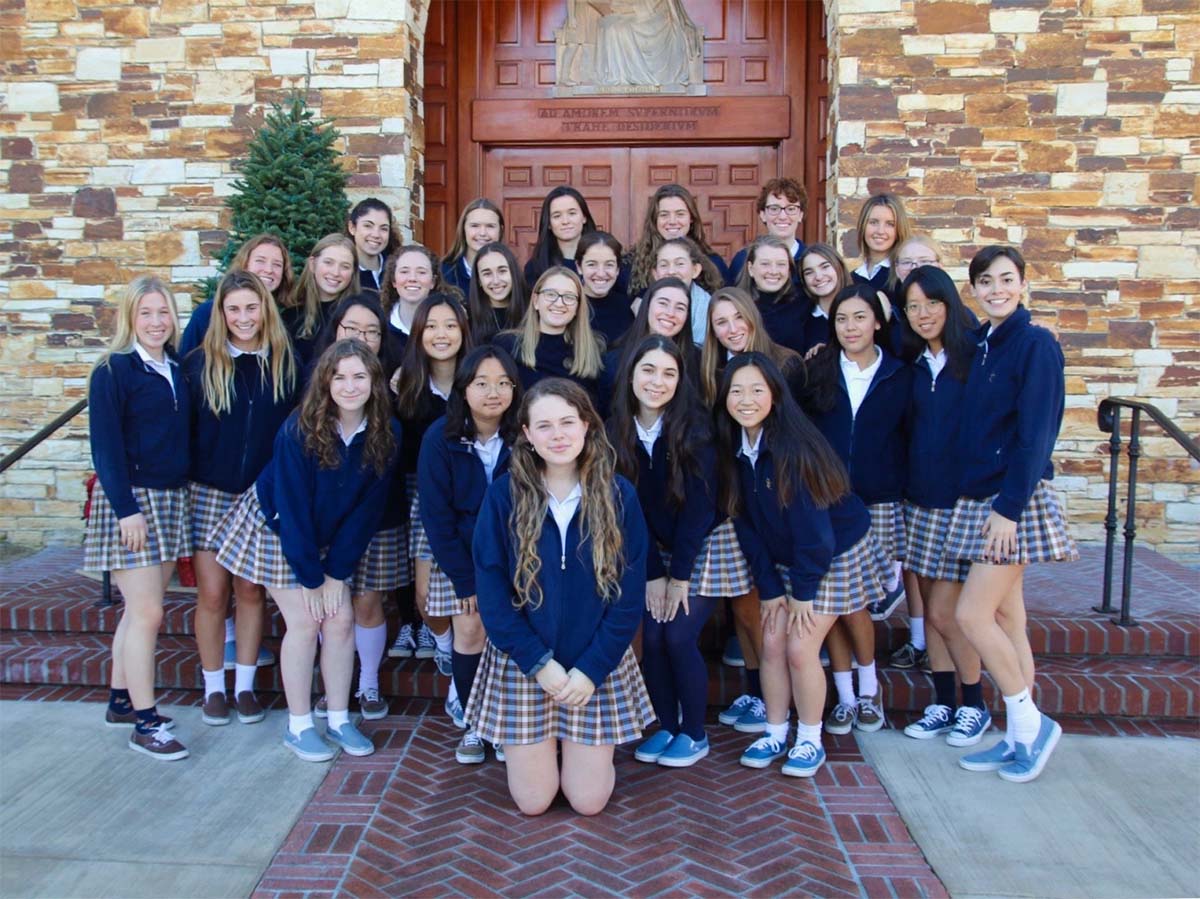